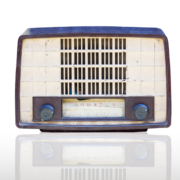 From the moment that AC WKJY Long Island, N.Y., returned to its longtime K-Joy 98.3 identity, it was never quite as consistently soft as some of its new Soft AC counterparts. The station was positioned as “Long Island’s Place to Relax,” but it didn’t sound as much like KISQ (the Breeze) San Francisco as much as a Mainstream AC from around 2005. The station wasn’t particularly soft, but it did play the ‘70s pop and soft early ‘80s that had been left behind as AC music became newer and more aggressive sonically.

Over the last four months, K-Joy’s ratings have gone 3.9 – 4.8 – 5.0 – 5.1 6-plus. In the just released August Nielsen PPM monthly, the station was tied for No. 1 for the first time, despite some signal holes. K-Joy still uses the “place to relax” positioner, but you might hear it in front of Dua Lipa, “Levitating.”

Of the Soft ACs launched or relaunched in recent years, some have found success being tightly defined, such as KISQ and sister WLIT (Lite-FM) Chicago. But another iHeart station, WISX (The Breeze) Philadelphia has moved closer to mainstream AC recently. WLTW (Lite-FM) New York has found success in recent years re-adding Air Supply and Peabo Bryson titles to pre-empt a Soft AC attack, but it also plays Chris Brown’s “Go Crazy” and Doja Cat’s “Say So” at the contemporary end.

WKJY’s success got me thinking again about WFEZ Miami, which has been consistently successful in recent years despite broadening in a way that stretches its Easy 93.1 name. WFEZ still plays Celine Dion, but it also plays The Weeknd. WFEZ has also done well incorporating more ‘90s, even though all-‘90s WMIA (Totally 93.9) remains a niche player 15 months after its launch.

It’s the convergence of two patterns we’ve seen repeatedly over the last 25 years. ACs go softer to get attention, then pick up the tempo. Formats built around one decade run their course quickly, but the music at their center finds acceptance and changes the composition of other formats—whether Classic Hits or Mainstream AC.

It’s interesting to consider whether the demand for Soft AC is for a consistently soft station or just for AC to bring back some of the big songs it dropped during the rush to contemporize. Then you wonder how narrow stations should be in the playlist age. Even on satellite radio, channels are tightly defined. Sirius XM’s rapidly proliferating online-only channels are subsets of those music formats. Do broadcasters still need to narrowcast?

The notion that modern marketing demanded increasingly tightly-defined radio stations was programming law in the ‘90s, then dented by the resurgence of Top 40 in the late ‘90s and the rise of Bob- and Jack-FM-type Adult Hits stations a few years later. Programmers used to ridicule a competitor’s “trainwreck” segues, now they were bragging about their own.

Over the last decade, however, many formats, particularly those where current music is still significant, feel like they’ve gotten narrower. It wasn’t as much of an issue at CHR during the early days of “turbo-pop” or Country’s youth movement in 2012-13. Eventually, those formats felt claustrophobic. So did an R&B/Hip-Hop format that had less of the former. So did Active Rock and Alternative as they pulled further away from each other. CHR’s musical troubles trickled down to Hot AC and AC, helping to spur the rise of Soft AC to begin with.

In recent years, many formats have addressed that narrowness. R&B/Hip-Hop has more of the former from H.E.R., Jazmine Sullivan, and Silk Sonic, although there’s more balladry and still little center-lane, midtempo product. Active Rock’s resurgence last year coincided with a wider variety of available music. Country made a concerted effort to play more female acts. Top 40 is playing a true Country crossover and a hard rock cover of a Four Seasons song by an act that broke through Eurovision.

The gold library has been part of the attempted solution too, whether that meant been more music from the early ‘00s on Country or “Throwback Weekends” on CHR and Hot AC. For AC, it’s been the return of Air Supply and Christopher Cross, whether on a dedicated Soft AC or a Mainstream AC that is covering its bases. Relying more heavily on library has always been seen as a reflection on the strength of recent product, but maybe it speaks to a lack of variety among the newer songs as well.

Yvonne Elliman, “If I Can’t Have You”

Paul Young, “Every Time You Go Away”

Taylor Swift, “Shake It Off”

Foreigner, “I Want To Know What Love Is”

Green Day, “Time of Your Life”

Simple Minds, “Don’t You (Forget About Me)”

DHT, “Listen To Your Heart”