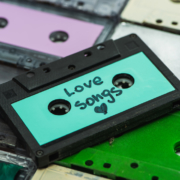 Both of these things are true:

Pop music and pop radio have been suffering from a shortage of uptempo hits.

Pop music and radio have been suffering from a dearth of love ballads.

Only the second statement will surprise regular Ross on Radio readers. I’ve always considered a steady supply of a certain type of mid-to-uptempo record to be a bellwether of Top 40’s health. Keith Naftaly, president of A&R for RCA Records, teases me about that on a regular basis. RCA has brought us ballad hits from “Love Lies” to “You Broke Me First” — often nudging the boundaries of what hit songs sound like. Every now and then, Naftaly e-mails to ask “why are you so hung up on tempo?”

Many of the record people who have had to work ballads to Top 40 over the years would agree with him. Charlie Foster is an industry promotion vet who read my recent complaint about “a nearly endless stream of not-so-melodious, not-so-uptempo records, opening with the same manipulated vocal chops.” “You [say] ‘not-so-uptempo-records’ as if it was a bad thing,” Foster says. “I believe women don’t listen for tempo, they listen for lyrics. In fact, many of the biggest hits are ballads.” The quest for tempo, he contends, comes from male PDs, not female listeners.

Foster and I are not actually in disagreement. The last five years have seen a tempo issue, but also a dearth of hit ballads — particularly of a certain type. Top 40 is only now emerging from a place where the typical hit song was, well, “not-so-melodious, not-so-uptempo, and opening with the same vocal chops.”

But when I wrote that, I wasn’t complaining about ballads. I was thinking more of the moment that EDM became slow and sludgy, reaching the point in 2016 where CHR radio became Chainsmokers’ “Don’t Let Me Down” followed by Flume’s “Never Be Like You,” and remained in a similar place until relatively recently. Individually, many of those songs were real hits. Collectively, they made pop music both more passive and more aggressive. If CHR had flourished, I would have just assumed that I had become too old to follow a younger audience to the next phase. But CHR didn’t flourish.

Ballads have been through their own cycle. In 2010, at the height of CHR’s comeback, and shortly after the advent of PPM measurement, ballads had almost disappeared. Only a few rap ballads such as Eminem’s “Love the Way You Lie” and B.o.B’s “Airplanes” presaged what was to come. Hayley Williams could sing the latter song’s hook, but Paramore’s “The Only Exception,” which should have been that band’s No Doubt “Don’t Speak” career-broadening ballad moment, had little chance.

In early 2011, Adele’s “Rolling in the Deep” exploded, followed by “Someone Like You,” the undeniable song that punctured the ballad blockade. By 2013, we saw three piano ballads — Bruno Mars’ “When I Was Your Man,” Pink’s “Just Give Me a Reason,” and Rihanna’s “Stay” — become hits simultaneously. It was now clear that “Someone Like You” had redefined the hit ballad, making it starker, less produced. As a radio formula, big Diane Warren/David Foster-style ballads had been in decline for a decade or so. Now it was official. I only wish that “Rolling in the Deep” had been just as influential.

Over that last five years, there have been surprisingly few true ballad hits. That becomes apparent when looking at a soft AC like KISQ (the Breeze) San Francisco, which plays only five ballads from the last three years. The most recent of those are Maroon 5’s “Memories” and Lewis Capaldi’s “Someone You Loved.” The ballads that do become CHR hits are descended from “Someone Like You.” They are often solemn (Justin Bieber’s “Lonely,” Duncan Laurence’s “Arcade”) or, in the case of “Memories,” literally elegiac. We have breakup songs and personal laments. They’re hits, but we have no traditional love ballads.

One reason there haven’t been many ballads is that both Adult Top 40 and AC have been taking their cues from Top 40 rather than breaking their own hits. But we also have relatively few musical memes within pop these days, and they take longer than ever to spend themselves out. Doo-wop-inspired unchained melodies such as Ed Sheeran’s “Perfect” or Rihanna’s “Love on the Brain” added some bounce and positivity. Now, the renewed influence of ‘70s R&B, from SilkSonic’s “Leave the Door Open” to Bazzi’s “I Like That,” sounds great again. (Last time, it gave us “End of the Road.”) But overall we have a relatively few hit templates at any tempo, and, as such, fewer hits.

To a great extent, it’s logical to view midtempo hits like Olivia Rodrigo’s “Déjà Vu,” Lil Nas X’s “Montero (Call Me By Your Name),” or The Kid Laroi’s “Without You” as our new power ballads. When Justin Bieber released “Anyone,” it was refreshing to hear an ‘80s-style power ballad, too. In Bieber’s flurry of 2021 singles, “Anyone” got crunched between “Lonely” and “Peaches,” but it’s been in and out of power for a certain type of successful medium-market CHR like WVSR Charleston, W. Va., or WIXX Green Bay, Wis., where “Anyone” was back in power as recently as two weeks ago.

If it’s recurring Ross on Radio themes you want, the need for balance, not just tempo, is undoubtedly the one I’ve returned to most over the years. Context means a lot. If “Never Gonna Let You Go” by Sergio Mendes had come out in summer/fall ’81, it would have been one entrant too many in the yacht-rock regatta of that moment. I minded it far less on the radio two years later next to “Wanna Be Starting Something,” “Is There Something I Should Know,” “Electric Avenue,” “Stand Back,” and “Every Breath You Take.”

TikTok- and streaming-friendly, our current midtempo hits are often the ones most easily identified by our large-market CHRs. They work better for me now because there is more tempo. I really enjoy Doja Cat’s “You Right,” and I like it particularly as a change-up from “Kiss Me More.” This is not the summer of “Thriller,” but it still works out nicely that “You Right” dropped on the same morning as Ed Sheeran’s “Bad Habits.” Then, uptempo Camila Cabello and the Weeknd singles followed at regular intervals.

An interesting thing happened when turbo-pop truly took hold in 2009-10. After years in which they were the safest, most reliable songs in radio’s music research, Nickelback’s early ‘00s ballads and other gold titles like them suddenly stopped testing, first at Top 40. There was a preponderance of happy, uptempo music, and America, having just avoided a second great depression, liked feeling good. Did 2013’s piano-ballad triple-play mean that happiness had become fatiguing? Maybe, but turbo-pop had given way to more extreme EDM, and Rihanna’s “We Found Love” had given way to “Diamonds.”

So what should pop music should be at this moment, following an actual worldwide trauma that we did not manage to avoid? “Blinding Lights” found a balance of driving and melancholy, then hung in for a year because few other songs did. But listeners have also rewarded Dua Lipa four times for her fun, uptempo, and just-edgy-enough diversions. We need songs now for both our anxiety and our aspirations. (As it happens, Foster is working American Authors, “Nice and Easy” at Hot AC, while RCA has Walk the Moon’s “Can You Handle My Love,” landing at Alternative now — two positive songs by acts who provided buoyant moments even as hit music changed in the mid-‘10s.)

Beyond that, what the world needs now are love ballads — positive ones — that update the classic love song for 2021. If they work on a dual level, speaking to both relationships and fellowship (think “Don’t Dream It’s Over” or “I’ll Stand by You”), even better. We don’t need a glut of love songs. We just need a steady supply so that my Soft AC radio friends have a new song more often than every 18 months. At this moment, love is the only thing that there’s just too little of.