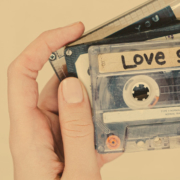 For a long time, the ‘90s were an almost non-existent decade at Adult Contemporary radio. The challenges were the same as ‘90s product on the radio in general. There had been relatively few consensus hits in the ‘90s, at least until Top 40’s late ‘90s comeback. Much of the Modern AC/singer-songwriter product of the time had run its course at Hot AC, but didn’t take hold at Mainstream. Many of the hits that eventually did emerge were late ‘90s teen-pop or Hip-Hop inflected.

Until recently, most Mainstream ACs played no more than one ‘90s title an hour. Some didn’t even have a ‘90s category. The few undeniable ‘90s titles—“Iris,” “I Don’t Want To Miss A Thing—might instead play as part of an ‘80s or early millennial category. Pop from the ‘90s—whether Celine Dion, Savage Garden, or Mariah Carey—was often the poorest testing category in station research.

But more ‘90s are making their way onto the radio in general, as kids of that era move into the AC and Classic Hits demo. Those songs are coming from various places. Only a few markets have a station like Miami’s WMIA (Totally 93.9). But the resurgent Soft AC format has cheerfully played Celine, Savage Garden, and Mariah. Even Classic Hits stations are pushing forward, often differently from station to station.

At many major AC stations, the ‘90s are still a once-an-hour occurrence (although it should be noted that even once an hour probably represents a change from a few years ago). But, in those markets where the ‘90s have some foothold, the number of ‘90s per hour is often higher, and the type of ‘90s may be different as well. Now, “I Will Always Love You” and “End of the Road” are format mainstays too.

We looked at the presence of the ‘90s on more than 20 AC and Soft AC stations in markets ranging in size from New York to Honolulu. Specifically, we looked at how many ‘90s titles stations had played between 2 p.m. and 6 p.m., according to BDSradio.

That said, even at those stations playing one ‘90s an hour, that song might be an “Under The Bridge”-type format mainstay, but it could as easily be “Everybody (Backstreet’s Back)” by the Backstreet Boys, as it was in hours we looked at for both WSNY and nearby WRRM (Warm 98) Cincinnati, (1.5 ‘90s per hour). A few years ago, we wrote a story about how Classic Hits WCBS-FM New York had started playing “This is How We Do It” by Montell Jordan. Now that song plays a few times per week on Mainstream AC WLTW (Lite FM).

A few other prominent stations were slightly above one ‘90s per hour, including KOST Los Angeles (1.25) and Midwest’s WJXA (Mix 92.9) Nashville (1.75). CHFI Toronto, always a relatively contemporary station, played 1.5 an hour. (There was one hour where both ‘90s songs were Canadian; in others the ‘90s songs were “internationals.”)

But there are also a number of case studies where the amount of ‘90s is noticeably higher, especially if there’s some sort of lateral support for them.

San Francisco: The Whitney Houston/Mariah Carey ‘90s have been a significant part of Soft AC KISQ (The Breeze). Now, when KOIT plays “End of the Road,” it’s with a brief sweeper that says “KOIT ‘90s.” On the afternoon we looked at, the two stations differed by one title: 2.25 for KOIT, 2.5 for KISQ.

Chicago: WSHE launched a few years ago with the ‘90s as a calling card. WLIT (Lite FM) retrenched a few years ago around Soft AC, similar to KISQ. When we heard them, Lite played 1.75 ‘90s an hour; WSHE played four. The difference was the type of titles. WLIT was playing “Fields of Gold” and “How Do I Live.” WSHE’s titles could include “Tubthumping” or Robyn’s “Show Me Love.”

Atlanta: WSB-FM (B98.5) Atlanta has long been one of the hottest/newest Mainstream ACs. It played two ‘90s an hour through the afternoon we looked at. WSTR (Star 94) is a recently relaunched Rhythmic AC, which played anywhere from two to four titles in the hours we looked at, for an average of 3.25. Again, Star’s ‘90s could be a typical AC song like “Waterfalls,” but it could also be “Rhythm is a Dancer.”

Honolulu: There are all sorts of approaches in this market. iHeart’s KSSK plays one ‘90s an hour like its sister stations. But the market also has Pacific’s Soft AC KPOI (The Wave), which plays three ‘90s an hour, and Summit’s KRTR, which also plays three. Like Miami and San Francisco, soft R&B has a significant history in the market. KRTR was one of the few AC stations to play “Angel of Mine” by Monica as a current; now it’s one of the few playing it as a gold.